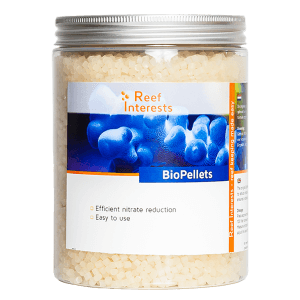 Regular BioPellets
Previously, we were the first to develop and present the NP reducing Biopellets which are mostly removing Nitrogen waste products and to a small extend also Phosphates. Where our competitors lifted on our success and sit back, we kept developing our product.

We are pleased to say that we have improved the regular NP reducing biopellets. The biopellets are more pure than the previous version which results in a more stable pellet with less residu when being used.

These pellets are also available in small and XL versions.

NP-reducing BioPellets are consumed by bacteria, which is why new pellets need to be added every 6-12 months to compensate for digested substrate. This can be seen during inspection of the filter or when you measure a increase of nitrates. These figures however depend on aquarium conditions and are strongly influenced by feeding regimes and livestock. Taking regular measurements of both nitrate and phosphate levels in the aquarium is recommended, after which dosages may be increased or decreased. Of Note, NP-reducing BioPellets consist of a higher molecular mass than most competing products resulting in a longer filter retention time and thus requires less frequent refill then other low molecular weight products which are currently being marketed.
We suggest placing the outlet of the pellet filter in front of a protein skimmer, to limit the amount of bacteria entering the system. This has the additional benefit of increased gas exchange (CO2-removal and O2-addition). The pellets should never be used without sufficient aeration, as this may lead to low oxygen and pH levels, especially during night time. Proper aeration can be established with air pumps and protein skimmers.
The NP-reducing BioPellets will allow more feeding and thus more livestock, however, when heavy feeding is required, it is recommended to combine the pellets with standard phosphate adsorbents. The reason for this is that most aquarium feeds contain higher levels of phosphate than is consumed by bacteria, fish and invertebrates, when compared to nitrogen. Some phosphate adsorbents however deplete alkalinity and may reduce pH. Using phosphate adsorbent media based on iron hydroxide does not have this disadvantage. 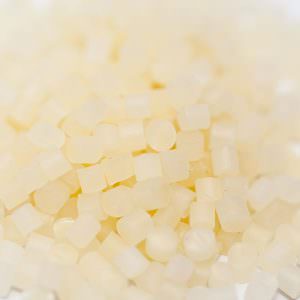